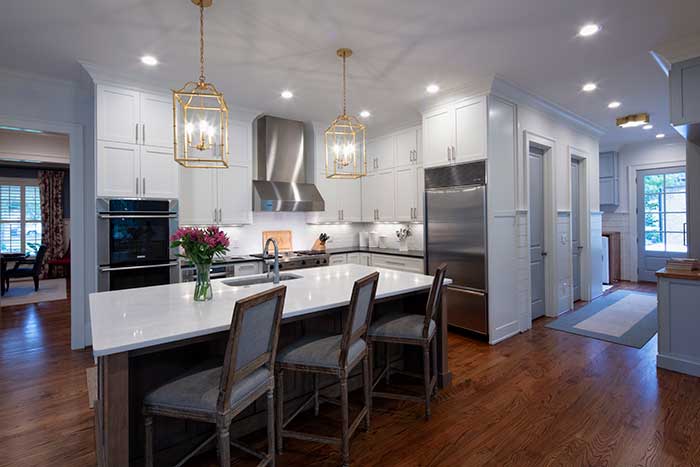 Homeowner Erin Mayo is describing her home renovation project, the kind of a project that another remodeler might shy away from; but for John Rogers Renovations, it was right up their alley! Before contacting JRR, the Mayo’s first contacted an architect to draw up what they wanted for their home. “As is typical when the architect is the first point of contact, the clients’ thought his drawings were gorgeous – but the price was double what they wanted to spend” John noted.

“We really appreciated John’s attention to detail,” Erin said, both “as it related to the scope of the project and subsequent costs. Before construction even began, all costs were spelled out clearly and transparently so there were no hidden surprises. Further, it gave us a clear idea of what each part of the project cost and was able to prioritize and pair back accordingly.”

Erin then did what JRR tells all their prospective clients to do – talk to their JRR’s past clients! “After speaking to many previous clients and to John, we felt confident we could live through the construction without too much disruption (Christmas holiday with two young children included!) and the project would be completed according to the detailed four-month schedule that was drawn out for us. There were no scheduling surprises – all contractors showed up and completed their portion of the project according to the original schedule.” 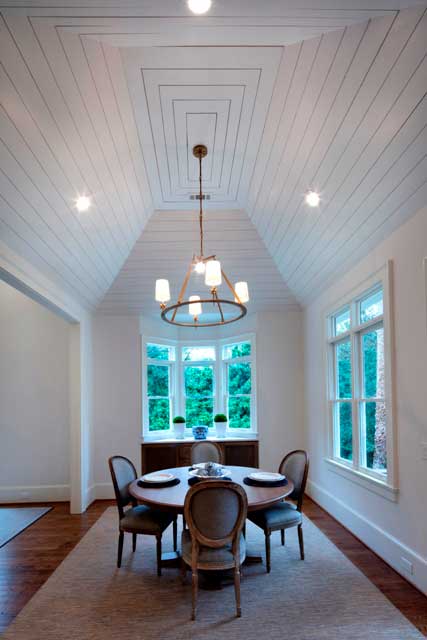 John Rogers Renovations ended up converting a screen porch into a new family room for the Mayo’s and opening the existing family room to the kitchen which created an oversized keeping room and also added on breakfast room. The project scope grew as work began, and still, the JRR team was able to complete the project within the original time-frame!

“We wanted to open up the layout of our main living spaces and provide more functionality to the spaces we already had,” Erin said of their goals for the project. “We wanted to maximize sunlight and views to the backyard. We wanted something comfortable and timeless yet fresh and practical for our young family with three boys under five.”

As to what advice she would give to another busy family undertaking a large remodeling project, Erin says “try to have a clear idea of what your main priorities for the project are and where you are willing to spend the most dollars in your construction budget. Be flexible! Know that your vision will ultimately change due to feasibility and cost.”

Out of all of the construction materials to build with, brick is one of the few that can be left untouched and still remain beautiful after…

Have you ever wondered how your doctor decides which doctor she will go to? Or who cuts your hair stylist’s hair? Professionals have exclusive…